In ancient times, Gordio Teichos city existed instead of Karacasu. Yenişehir, the old name of Karacasu, was built on this city. The Karasu Clan of the Aymür tribe, one of the sons of Oghuz Khan, settled in the city. The city, which was under the rule of the Kayra people, passed into the hands of the Romans in 189 BC. The region, which came under the domination of the Seljuks, has recently been attached to the Menteşe Principality. Respectively entered the Aydınoğulları Principality and under the rule of the Ottomans. Due to its high altitude, it shows highland characteristics unlike the Mediterranean climate.

The marbles formed by the transformation of the limestone structure on the slopes of Baba Mountain; He was instrumental in the establishment of the ancient city of Aphrodisias and the development of sculpture here. Its main livelihood is apples and olives, along with figs, grapes, pomegranates, citrus fruits, chestnuts, almonds, peaches, vegetables, grains, and some cotton and tobacco. Earthenware jugs, pottery and tourist items; Plateau tourism and Aphrodisias attract the attention of local and foreign tourists. 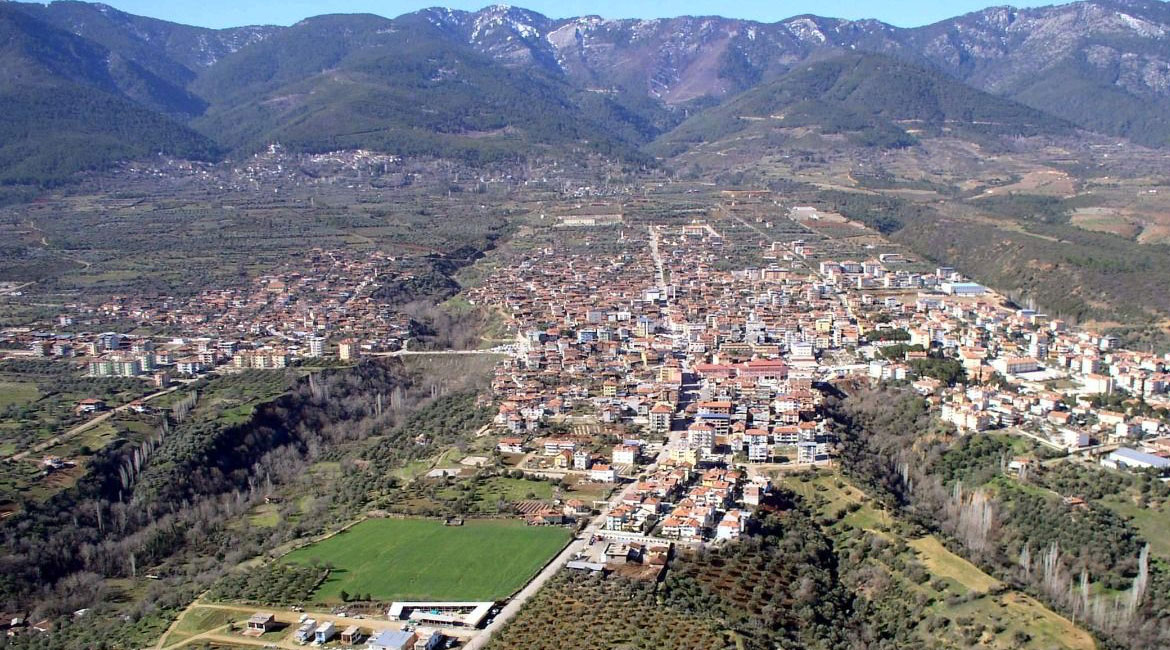 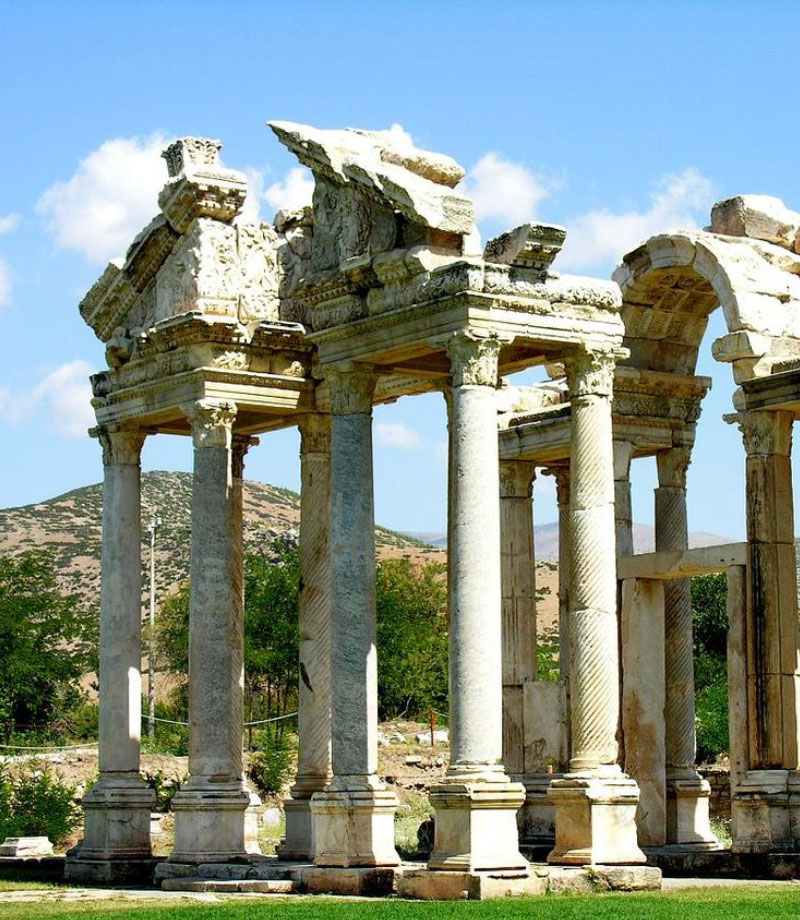 The Ancient City of Aphrodisias is located within the borders of Geyre District in Aydın’s Karacasu district. The ancient city, which was built on a plateau at an altitude of 600 meters from the sea, received the richness of the historical buildings from the marble quarries located on the foothills of Babadağ on the north side of the city.

The ancient city in Aydın’s Karacasu district was built towards the end of the 1st century BC. The ancient city of Aphrodisias has been used by different rulers and has survived to the present day. Since there is not enough promotion for Aphrodisias Ancient City, it is not visited much by local and foreign tourists.

Entrance fee to the Aphrodisias Antique City Museum, which is adjacent to the ancient city, is paid. When you pay the museum entrance fee, you can visit Aphrodisias Ancient City and its museum.

The entrance part of the Hyena Cave is 4 meters long and the entrance is made by crawling because it is low. There are ceramic pieces, stalactites and stalagmites inside the cave, which is 348 meters long. Ceramic pieces in the cave suggest that it was used as a living center for a certain period. 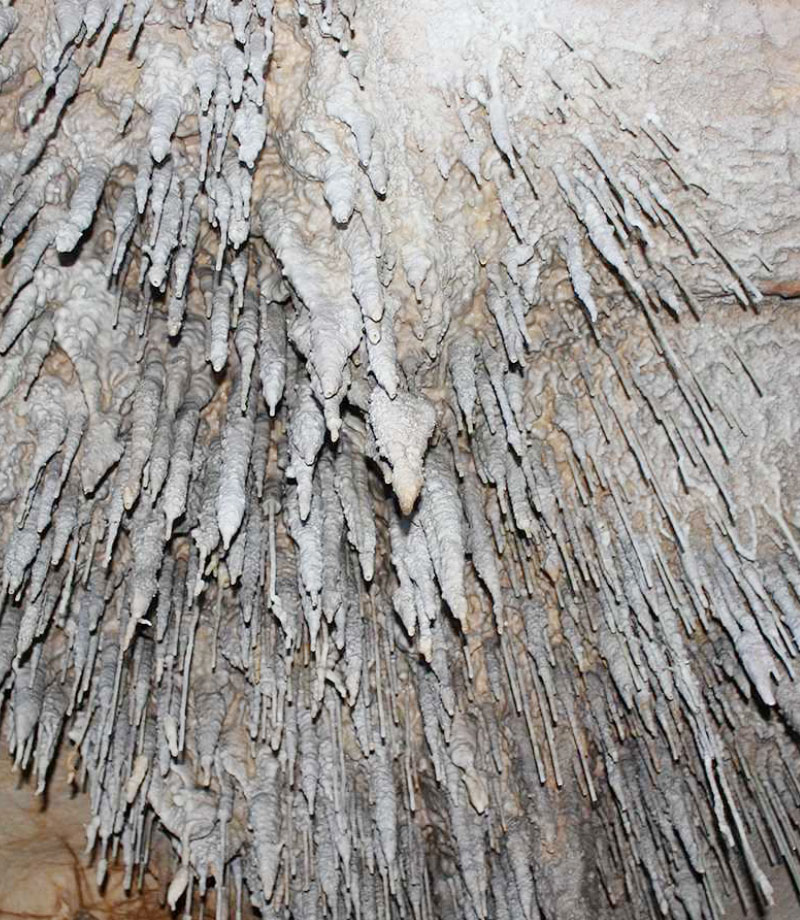 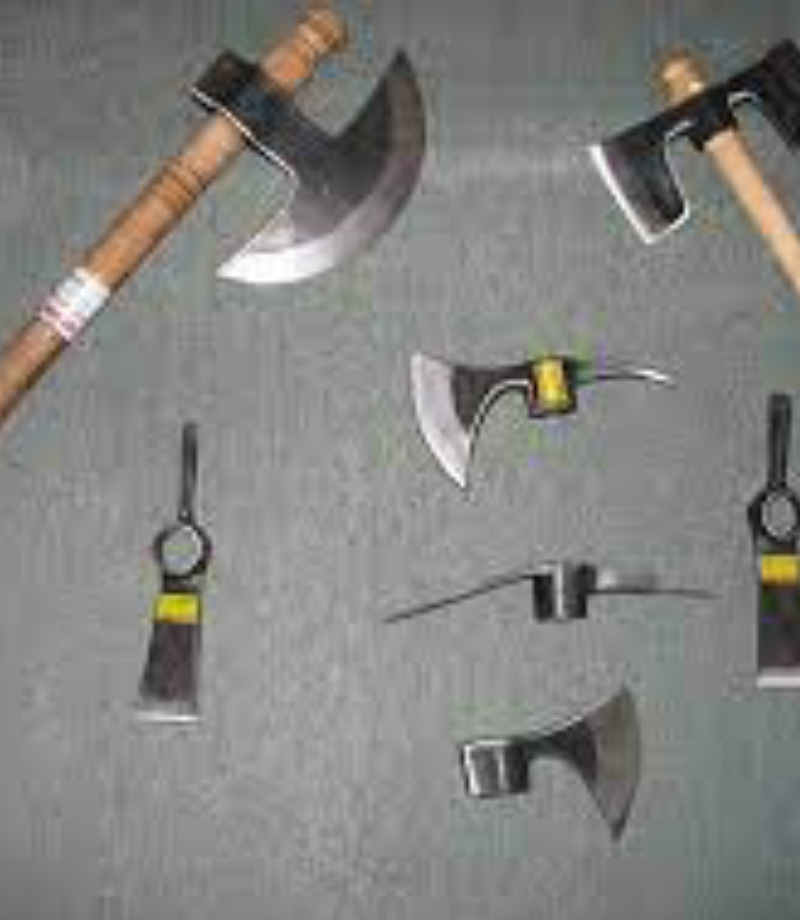 Blacksmithing gains importance as a very old cultural activity in Karacasu. Production continues today on the basis of master-apprentice. Nowadays, knives, hatchets, axes, agricultural tools and souvenirs are produced as blacksmithing activities. Yes, you can buy a gift for yourself and your relatives when you visit here.

The abundant growth of acorn, the raw material of leatherwork, in the region has led to the opening of tanneries. Leather business activities carried out since the Ottoman Empire increased with the establishment of a modern leather business facility in Dandalaz in 1985. Here, mostly indigenous vaketa leather is produced. In particular, leather of sandals worn is produced in Karacasu. 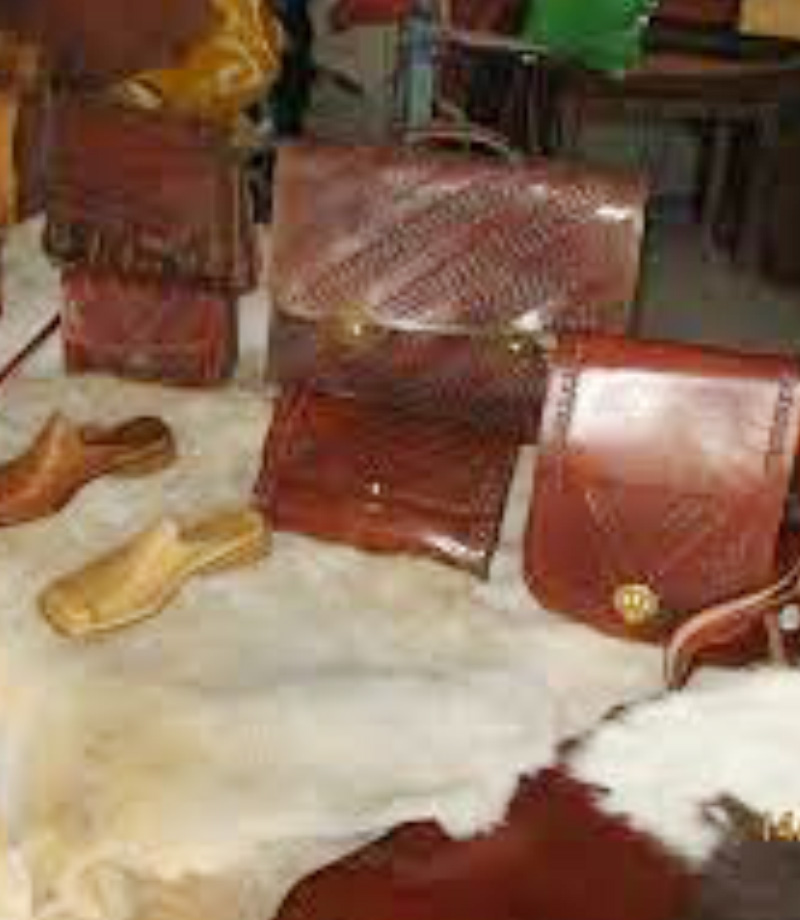 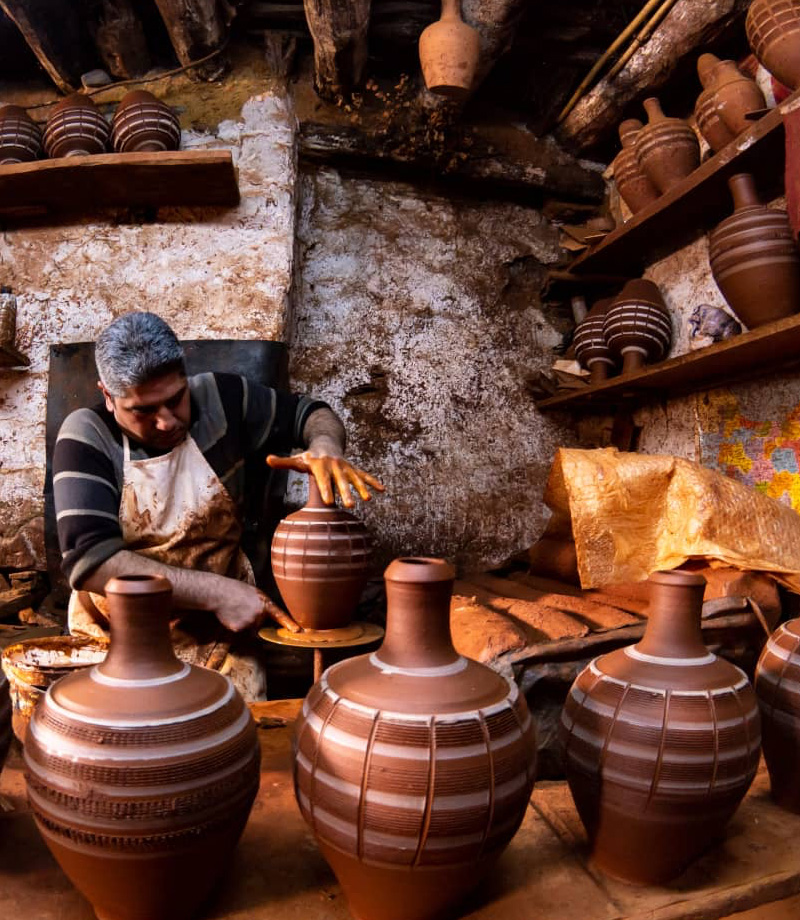 Based on the ruins found in the excavations of the ancient city of Aphrodisias, which is 13 km away from the district center, it is estimated that pottery has been made in the region since historical times. The soil used for making pottery today is supplied to the potters by the Municipality of Karacasu. The most important feature of the soil used in making pottery is its high iron content. Due to the high iron content, the color of the pots is a dark and beautiful red.

The clay used in Karacasu pottery is obtained from Yazır village and the locality called Esek Kosagı near the region. Another raw material is a mica-based material used in the decoration of Karacasu pots, a bluish color with a white firing color. Potters extract this substance from the immediate environment with their own means. The main pots produced in Karacasu are casseroles, jugs, mugs, teapots, coffee pots, sugar bowls, ashtrays, jars, vases.

One of the oldest traditions of Anatolia, Dedebag Keskek Hayri, which has been organized since 1282 and whose name transcends the borders today, people come from kilometers away to spend time in a peaceful atmosphere as well as taste. With the work carried out in Dedebag and started the night before, the keskek boiled in 70 large pots are distributed to thousands of citizens. 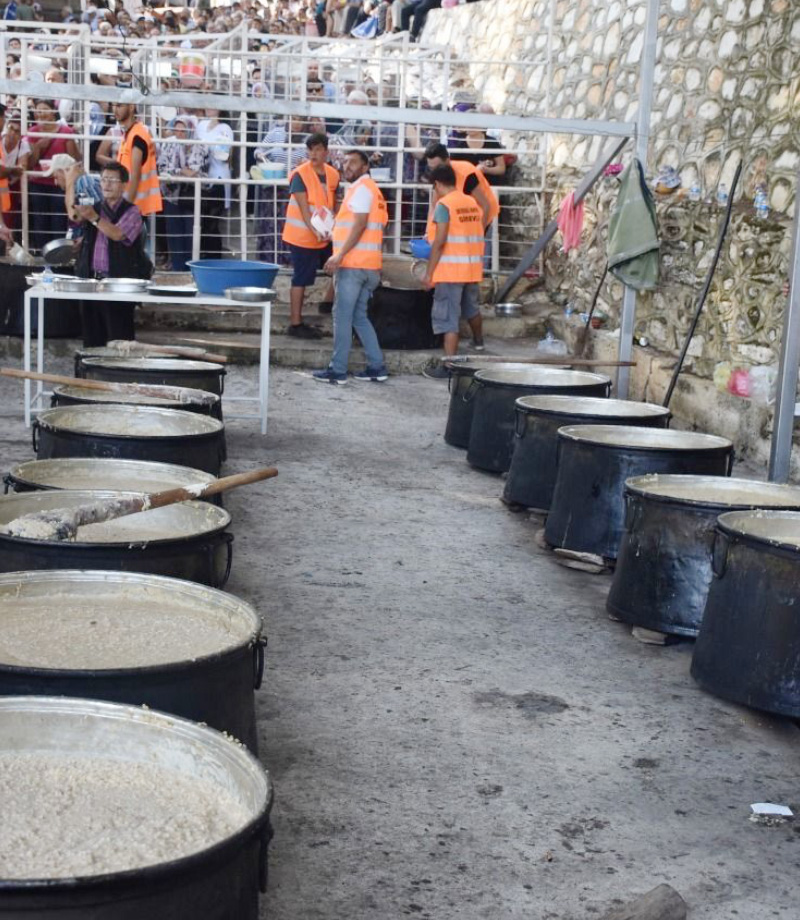 How to go to Karacasu?

The distance between Aydın city center and Karacasu district center is approximately 85 km. Buses departing from Aydın Bus Station, you can first go to Nazilli and then to Karacasu.