It lived through the Lydian and Persian period after being invaded by the Cimmerians in the 7th century BC. When the Roman Empire split into two in AC 395, the region remained in Byzantine territory. Later, it came under the rule of the Seljuks. It was founded by the Cihanoğulları tribe in AC 1455, within the borders of the village of Donduran, in the area of Telozlar, 5 km west of the ancient Ortasia Ruins, which was a bishopric center of that period.

It is known that after the malaria disease in the region, the people escaped and came to their current location. It is said that it was named “Yenipazar” because the local villagers had a marketplace and they told each other “Let’s go to the newly established market”. Its economy is based on agriculture and cattle, sheep breeding and beekeeping are also carried out. Cotton and olive oil factories can be considered as industrial establishments. Drinking water is one of the income sources of the district municipality. 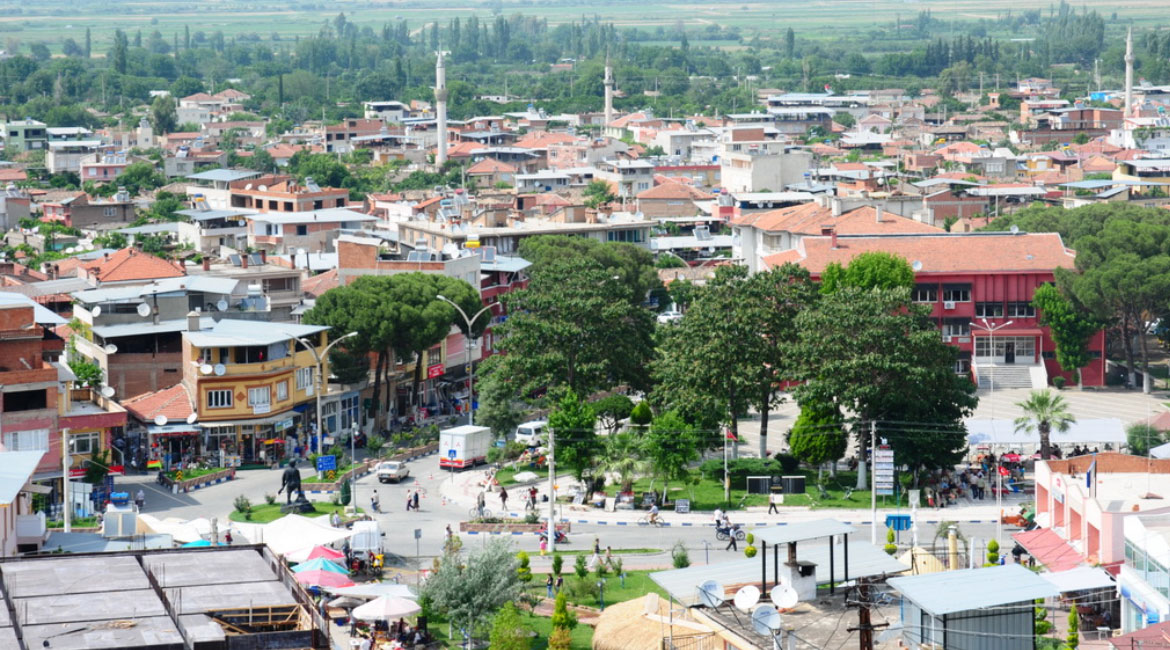 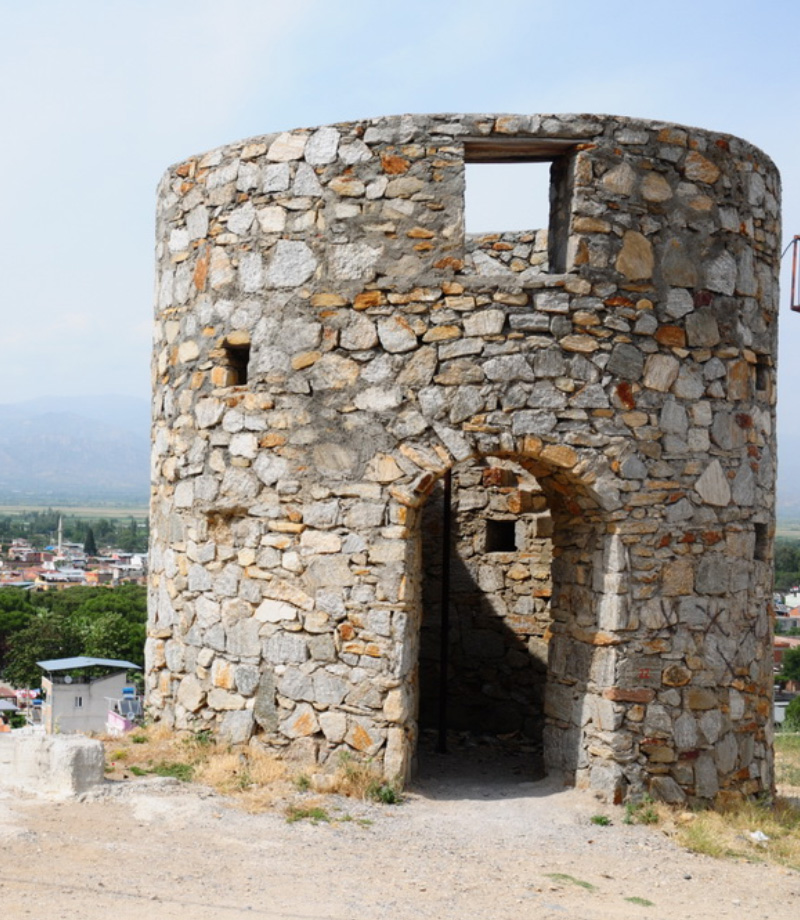 It is in the village of Donduran, connected to the district center. Although it is not known by whom and when it was built, it was built in a position overlooking both the settlement and the Menderes plain at the time of its construction.

The building was built using rubble stone, brick and marble spolia. It consists of one, two and terrace floors. However, the floors have not survived to the present day because they were made of wood and burned. There are loophole holes on the terrace floor walls.

Access to the tower was probably provided by the stairs inside the pull bridge. Remains of the pulley system of the tension bridge can be seen today.

The importance of the tower: It is one of the three surviving towers, together with the towers of Nazilli Arpaz and Kocarlı Cihanoğlu, within the province of Aydın. However, the Dondoran tower is the most damaged of these and only four walls survived.

It is located in Alhan Village, connected to Yenipazar district center. Alhan Bath, which is built on a hill in the olive grove, consists of two parts. One part was used as a bath, but the other part is not known exactly for what purpose it was used. The reason why it is called the Alhan Bath is that the other building is thought to be an inn. The dome and western wall of the Alhan Bath, which has survived partially intact, have been severely damaged. The decorations and reliefs on the walls of the Alhan Bath, which have survived to the present day despite the years, attract attention. Alhan Bath is one of the historical beauties that should be seen with its elegant walls and interior architecture. 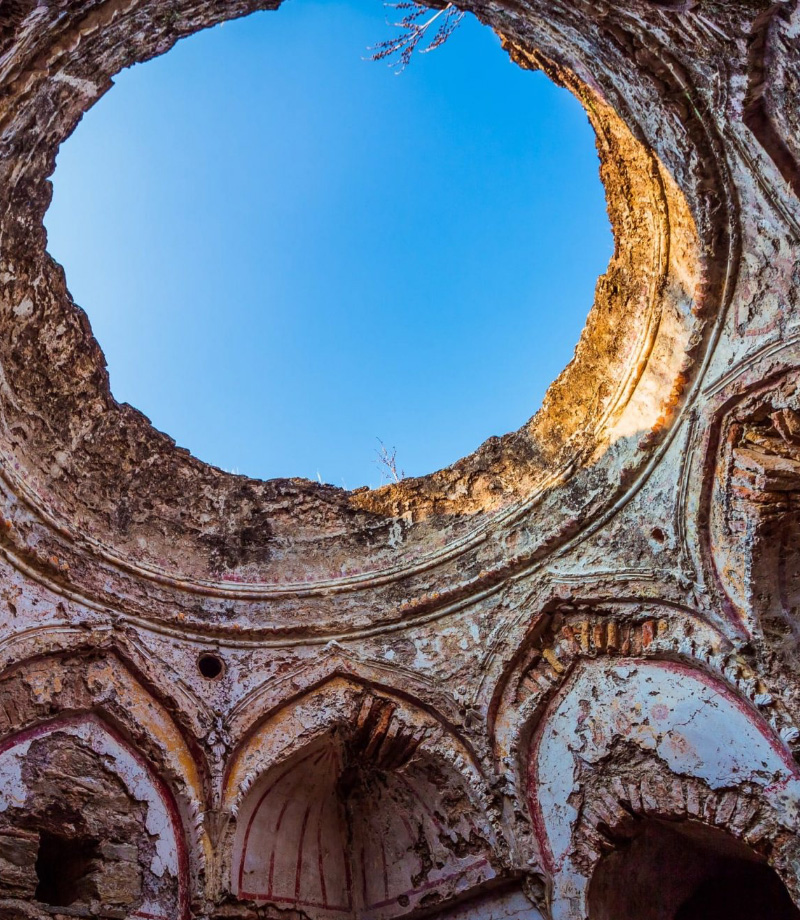 Lower Dip Lake is full of streams and reeds, and is an ecosystem that offers a resting and living space for migratory and permanent water birds. The lake and its surroundings are home to many water birds such as gray heron, water hen, clumsy place and some duck species.

The Yenipazar district of Aydın, which has the title of “Citta Slow”, offers us a natural living space with the Lower Dip Lake arranged by the Aydın Metropolitan Municipality. As an important part of the natural beauties of the region, Lower Dip Lake is an important value in terms of both fishing and tourism. Visitors who come here can do photography, trekking and fishing in and around the lake. In the silence of nature, they can observe water chickens, ducks, gray and white herons from the bird watching tower.

The house of National Hero Yuruk Ali Efe, in the Yenipazar district center, where he lived until his death when he returned from Izmir, was completely burned in the fire that broke out in the 1980s. In 1995, the proposal made by the Aydın Governorship to the Ministry of Culture was accepted and the heirs of Yoruk Ali Efe donated the house to the Ministry of Culture on the condition that the house was built as a museum. Allocation procedures were completed in 1999. It was made ready for display as a result of the restoration of the house and garden arrangement works.

The personal belongings of Yorok Ali Efe were donated to the museum by his heirs. In addition to the works transferred from the Ethnography section of the Aydın Museum, the exhibition works made by the Aydın Museum Valuation Commission with materials purchased from the market and donated by the citizens were completed in a short time.

The grave of Yoruk Ali Efe in the Muslukuyu Cemetery was moved to its place in the museum garden with the decision of the Council of Ministers. Yörük Ali House Museum was opened to visitors on 8 June 2001 as an affiliated unit of Aydın Museum Directorate. 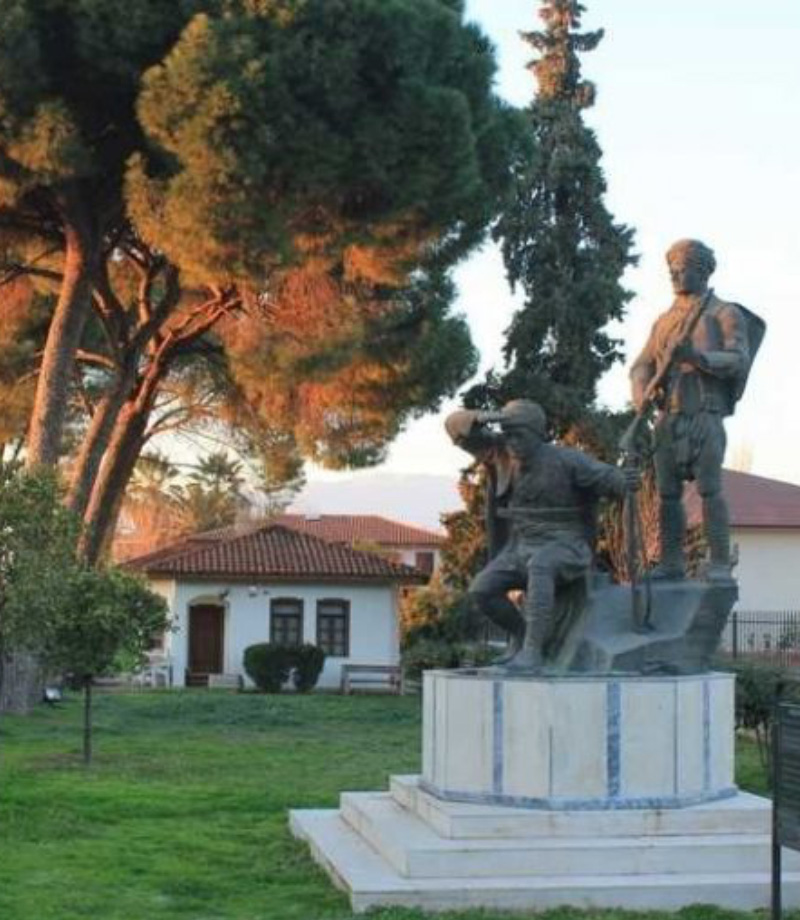 How to go to Yenipazar?

The district is connected to the Aydın-Denizli-Afyonkarahisar highway, which lies on the southern skirts of the Aydın mountains in the north by an 8 km long asphalt road. You could reach to Yanipazar by minibuses departing from Nazilli